The Best Methods Of Keeping Nutrients In Cooking

Most fruits and vegetables on the market are packed with all the nutrients that our bodies need to work at optimally as possible. The problem is that many of the ways that we cook our foods tend to leech the nutrients out of these same foods, causing them to be far less healthy than they should be.

Fortunately, a simple change of how food is cooked can make a huge difference in how many nutrients its able to retain. This doesn’t apply to all foods, but can act as a general guide for the health-conscious, both for themselves and their family.

Surprisingly, despite it being arguably the most common type of cooking, boiling may actually be the very worst there is, for a few reasons. The first is the high heat in which the food is cooked – boiling usually takes place over an extended period of time, such as when boiling potatoes or other veg, and high heat is known to denature a wide variety of different nutrients. Secondly, and similarly to how putting in tea extracts much of the compounds out into the water, so too does boiling any food. It slowly pulls all of the nutrients out of the vegetable and into the water, which is why the water is often a darker colour, and is then usually discarded once the food has been cooked. This does not apply to something like soup, where the water is retained.

To steam food usually means to get water boiling or simmering beneath it, allowing the hot steam to move upward and slowly cook whatever is above it. Much like boiling, the act of steaming causes many of the nutrients to be pulled out of the piece of food as its cooking, and then being drained down into the water below it. The only exception to this rule tends to be carrots, whose nutrient value is actually boosted despite how it’s cooked, and the lutein (an extremely potent antioxidant) in broccoli has been shown to increase after its been steamed for a while. 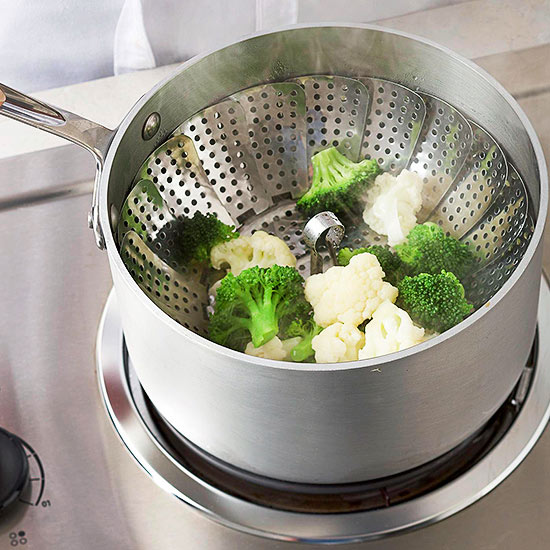 Microwaves have long been a popular way of cooking food extremely quickly, and it’s arguably the best way of cooking in general. As the name implies, a microwave uses pulses of microwaves to vibrate the air within a piece of food so quickly that it heats up. They are able to disrupt and break down the cell walls within a vegetable, allowing it to spills its antioxidants and other compounds. Having the food apart from any liquids helps as well, as it means that all of the available nutrients are contained within the food.

Perhaps the worst of all the methods of cooking for various reasons – the hydrogenated oil is extremely unhealthy – but it’s the really high heat that frying entails that really causes the problem when it comes to nutrient loss, even if it means having some extra time to play now on the latest games. Deep frying is the worst of them all, where food has a massive drop in nutrient value in an extremely short space of time.