Restaurants Isolated From The World 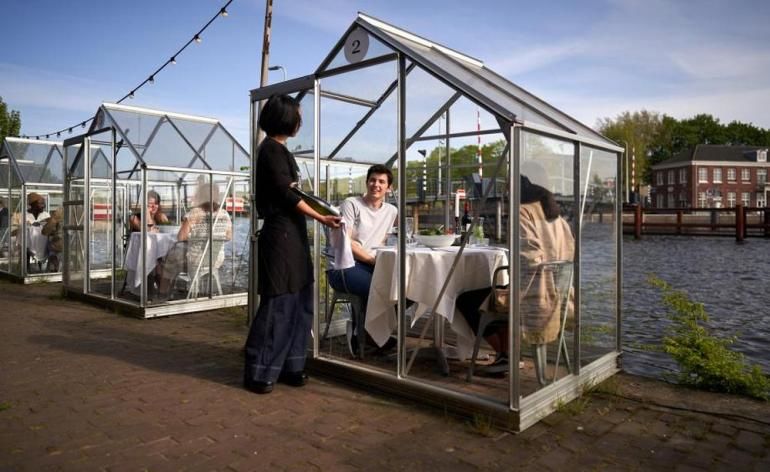 For most of us, getting to a restaurant is not too much of a problem. Most cities and towns around the world will have plenty of places available for the public to eat at – but this is a rule that can’t always be applied. There are some eateries around the world that are so out of the way that they’re almost impossible to get to. These are restaurants that offer something unique, whether it’s a menu of great food, a one of a kind location, or simply the adventure of trying to get to it in the first place.

For those that are looking to eat at one of the world’s most isolated restaurants, these are some of the most out of the way.

Located in the remote location of the Isle of Skye right at the top of Scotland, The Three Chimneys is a homey and inviting venue that offers an array of traditional Scottish food and some truly magnificent views. The restaurant, however, can be quite a mission to get to, and potential customers will need to start by making a six hour journey after touching down in the city of Glasgow.

There are few other countries in the world that can boast the same levels of isolation as New Zealand, and one of the most famous is the Furneaux Lodge. Found the country’s beautiful Marlborough Sounds, the venue is only accessible by boat, but it does mean travelling along some of the most beautiful forested coasts on the planet. Biking and hiking are just some of the activities that can be enjoyed by anyone making their way to the lodge.

Perhaps one of the most isolated places anywhere, The Rock Restaurant has gained something of a reputation due its location. It can be found in the wild country of Zanzibar – but not in the middle of a forest or on top of a mountain, but rather on an outcrop that sticks out off of the shore. Similarly to the above entry, this visitors will need to acquire a boat to get there and enjoy the many culinary delights that the eatery has to offer, all the while enjoying the clear waters surrounding the rock.

Tea is the most popular drink in the world, but sometimes it can take a lot of hard work to sit down with a rewarding cup, which is the case for Mount Huashan Teahouse. Located on Mount Huashan, this teahouse has visitors going on a gondola ride and then scaling the side of a mountain, including walking over thin planks with no support other than a chain. The tea and the view are worth it, however.

This venue can be found on the Faroe Islands, which are remote pieces of land found between Iceland and Norway, and are only accessible by either boat or plane. The eatery itself was built out of an ancient farm house, over a 100 years old, and takes a 20 minute walk to arrive at.