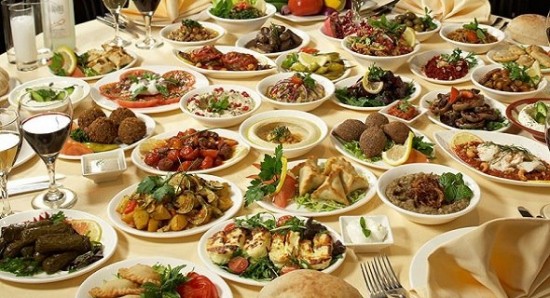 Armenia, located in western Asia, is bordered by Turkey, Georgia, Azerbaijan and Iran. The country’s culture is a fantastic mixture of colours and uniquely Armenian architecture, performing arts, literature, history and beauty. Amongst all of this, and like many other countries, Armenia also boasts excellent, flavourful traditional foods. Here, we take you on a culinary journey and explore some of the best dishes to come from Armenia.

Lyulya kebabs are quite unique in certain areas of Armenia. Typically, a Lyulya kebab consists of ground lamb that has been mixed with very finely chopped onions, then seasoned with salt and black pepper before being skewered and grilled. While the kebab is mainly made from lamb, other kinds of meat like fish and chicken can also be used. Regardless of the kind of meat used, these kebabs are unique in that the meat is kneaded for a long time in order to ensure density so that it doesn’t fall apart.

This dish dates back to the 2nd Century and was praised by the likes of the Roman historian Pliny the Elder, as well as the Roman scientist, Ptolemy. Traditionally, Lyulya kebabs are served with sumac, lavash, thinly sliced onions and grilled vegetables.

Popular throughout Armenia, harissa is a thick porridge that is made by slowly cooking dried or roasted cracked wheat together with pieces of lamb or chicken. It is believed that harissa was invented in the Ararat plains, and that the origins of the dish date back to ancient times, when Gregory the Illuminator, the Patron Saint of Armenia, offered harissa up as a charity meal.

Traditionally, harissa is still considered a charity meal that is prepared for easter every year, as well as to commemorate the Musa Ler resistance during the Armenian genocide. There are two methods of preparation when it comes to harissa – some say that the dish must not be stirred until it is cooked all the way through, while others insist that it should be stirred as soon as the wheat is halfway cooked.

Once harissa is ready to be served, it is topped with butter and is accompanied by pickled vegetables and flatbread.

Ghapama is traditionally prepared in the colder months of autumn and winter, between the new year and Armenian Christmas, or other similarly festive occasions. Typically, ghapama is made by taking a pumpkin and stuffing it with rice, assorted nuts and dried fruit, as well as butter, cinnamon and honey. Some recipes also include meat.

Once the ghapama has cooled down, it is either served whole or sliced up in wedges. This dish is particularly popular in Armenia, and even has a song written about it called Hey Jan Ghapama.

Khorovats is an Armenian method of barbecuing meat whereby the food is first placed on skewers called ‘shish’ or ‘shampoors’, then grilled on a ‘mangal’.

Any quality of meat is suitable for khorovats and it is usually seasoned with salt and pepper before being marinated for a short time. Like many other Armenian dishes, khorovats are served with roasted vegetables and flatbread.